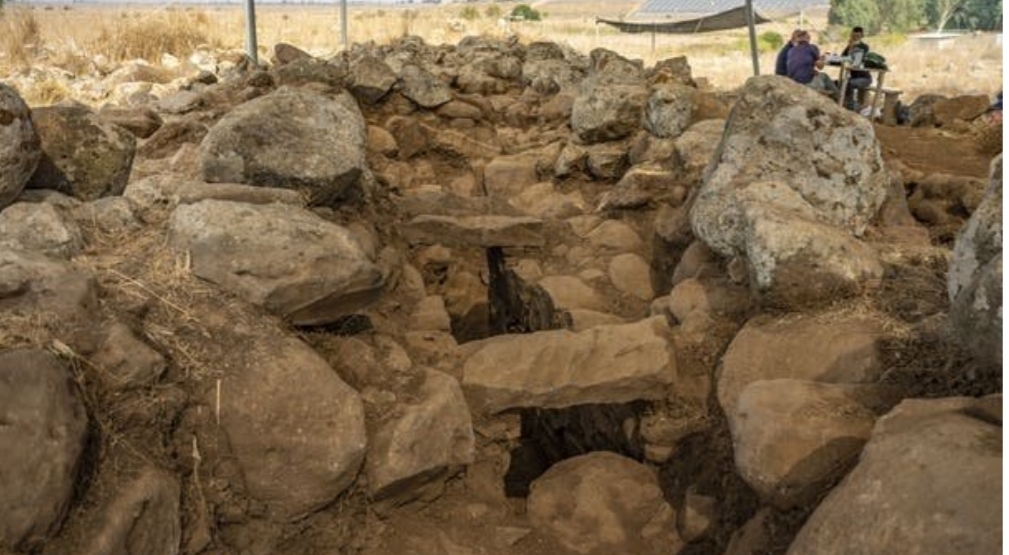 History is fascinating as it tells us a lot of the things that shaped our present and how we can learn from them to augment our future. Hu 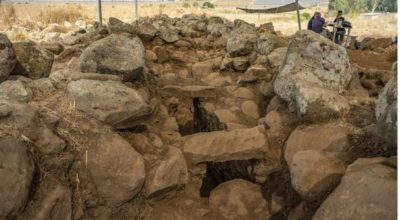 History is fascinating as it tells us a lot of the things that shaped our present and how we can learn from them to augment our future. Humans are always searching for clues to tell us about our long complicated and often confusing history and one particularly interesting one was discovered very recently.
Massive Baslat boulders found by the IAA.
An ancient fortress that is believed to have been manned by one of biblical King David’s allies was discovered by Israeli archaeologists in the Golan Heights, a part of Israel where there is ongoing construction of new settlements.

The discovery was made during the week by The Israel Antiquities Authority (IAA), who believe that the fort was owned by the ancient kingdom of Geshur. Geshur, which is mentioned many times and in several books in the old testament, is believed to have controlled southern and central Golan Heights during the 11th and 10th centuries BC.

According to the Bible, King David had close ties with the kingdom of Geshur. It was recorded that King David married Maachah, the daughter of the king of Geshur (2 Samuel 3:3) and their son, Absolom, would also later flee to Geshur after murdering his half-brother, Amnon (2 Samuel 13:23-39).
The newly-discovered fortified complex was unearthed during a month-long excavation ahead of construction of a new settlement neighbourhood for the village of Hispin, the Israel Antiquities Authority announced. The old stronghold, roughly 1 acre in area, was built using massive basalt boulders and protected by 1.5-meter-thick walls, the IAA said in a statement. The fortress was found to be located on a hill overlooking a ford of the El Al stream, and the leader archaeologists Barak Tzin and Enno Bron, who headed the dig think it was likely placed at this strategic location to control the water and the crossing of the river,

“The complex we exposed was built at a strategic location on the small hilltop, above the El-Al canyon, overlooking the region, at a spot where it was possible to cross the river. The c. 1.5 m wide fort walls, built of large basalt boulders, encompassed the hill,” said IAA Excavation Directors Barak Tzin and Enno Bron in a statement.

Archaeologists with the help of a significant number of local volunteers from Hispin village uncovered a number of artefacts at the site, including two rings and a figurine of a woman playing a drum. The most astonishing discovery however was an engraving on a large basalt stone depicting two horned figures with outspread arms. This find in particular is what leads the archaeologists to connect the fort to the Geshur recorded in the bible. A number of artefacts such as ancient figurines and jewellery were also found at the excavation site. 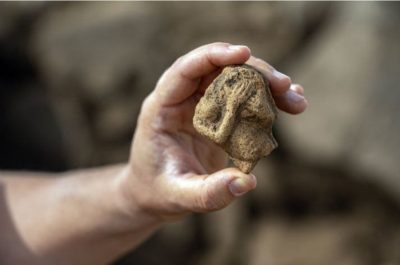 Fertility figurine found at Hispin, a woman carry a drum.

Stone carvings were also discovered, providing possible insight into Geshur’s religious practices. It is believed that Geshur existed as an independent Aramean kingdom that worshipped a moon-god deity typically portrayed in the form of a bull stele. 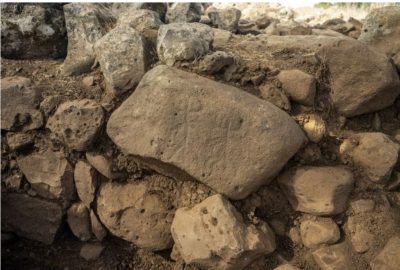 The engraved stone found at Hispin.

Interestingly, In 2019 Dr. Rami Arav of Nebraska University discovered a similar stone carving of the moon-god at the Bethsaida Expedition Project. Bethsaida is known to have been the ancient capital city of Geshur as recorded in the Bible. The lead archaeologists commented on the Golan carving suggesting that it was possibly a recreation. Tzin and Bron said, “It is possible that a person who saw the impressive Bethsaida stele, decided to create a local copy of the royal stele.”

The preliminary analysis of the pottery dates the fort to the early Iron Age, specifically the 11th or 10th century B.C.E., Tzin says. This, according to the biblical chronology, would have been the time of the great united Israelite monarchy of David and Solomon, and Geshur is mentioned several times in the Holy Bible in .connection to this kingdom.

The archaeologists on the project hope to preserve the complex for future excavation and research purposes and promise to redesign the plans for the settlement in order to not disrupt the significant historical significance of the area.