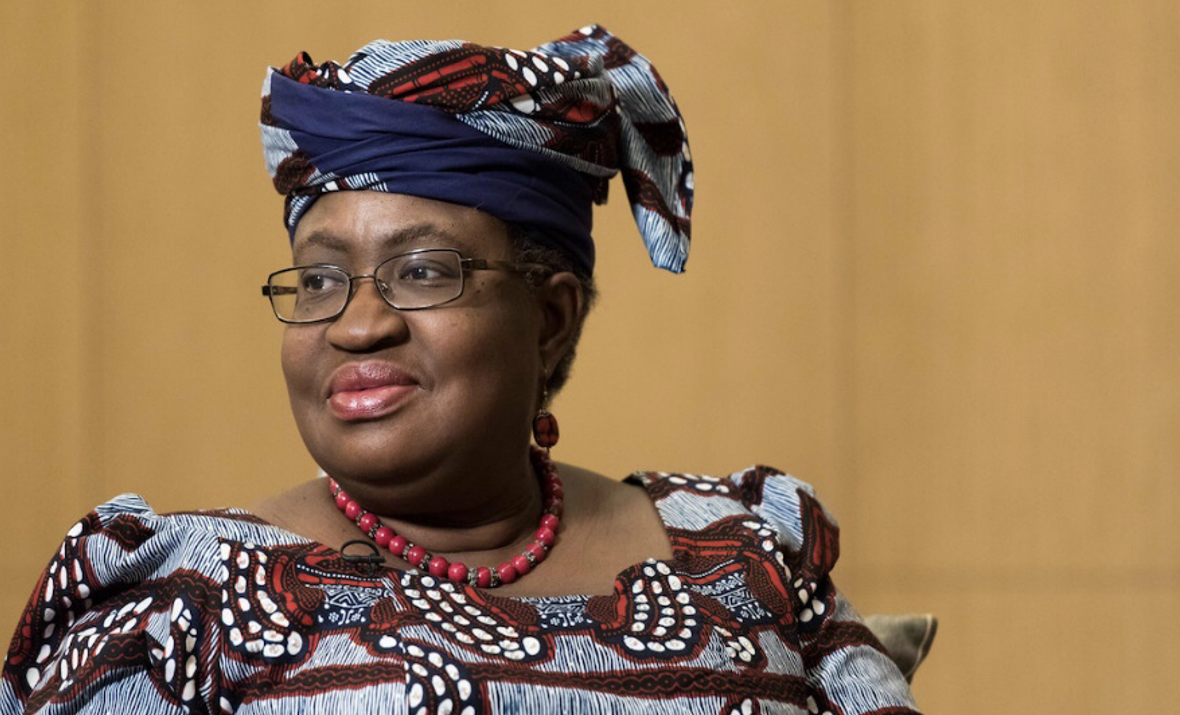 The WTO General Council Chairperson, David Walker declared that former Finance Minister of Nigeria, Dr. Ngozi Okonjo-Iweala has the best chance of attaining a consensus to become the WTO Director General after a meeting held on Wednesday at Geneva.

Okonjo-Iweala has been supported by most European Union capitals to lead the World Trade Organization as its Director General, however the final confirmation will be announced on the 9th of November.

Currently, about 104 countries out of the 164 countries that make up the WTO have supported her. This comprises member states of the EU, 55-member African Union, China and Japan; making it easy for her to become the first African woman to head WTO since it started 25 years ago.

While speaking during a virtual press briefing, Okonjo-Iweala said she is very excited to learn that all African countries are supporting her, which according to her was in addition to a group of Caribbean and Pacific countries that had promised her support. “I feel the wind behind my back.” She noted.

In answering the question about how prepared she is for the role, Okonjo-Iweala said she is the only candidate that works in the trade and public health department, she also admitted that the World Trade Organization reforms will be tough but she has experience in doing even more difficult reforms. According to her, “The WTO at this time with the challenges it confronts needs a very competent Director General who is able to do reforms and deal at very high levels. It is not only having those skills, but having them all meet in one person at this juncture when the WTO needs that.”

The winner of the new Director General role was meant to be announced formally on Wednesday by the WTO, however an unexpected change occurred.

The United States representative at the WTO insisted that South Korea’s Yoo Myung-hee remained a contender and Okonjo-Iweala will not be recognized by Washington as a consensus candidate for appointment as Director General. It is said that the United States has veto power, as a result this led to the General Counsel postponing the announcement until a further meeting which will hold after the United States Presidential election.

Okonjo-Iweala who is 66 years of age has served twice as Nigeria’s Finance Minister, from 2003-2006, and 2011 to 2015; then was briefly the Foreign Minister of Nigeria in 2006, making her the first woman to hold both positions. She has also been the development economist at World Bank for a while now. If the announcement is confirmed on the 9th of November, she will be the first African woman to lead the WTO and that will be a major boost for Africa.

Nigeria which has mostly been making the rounds for negative news relating to corruption, incompetent government, fraud, human trafficking and drug dealing among others has shown that the country is also made up of great people who consistently add value globally. Nigerian representatives like Ngozi Okonjo-Iweala and Akinwunmi Adesina, the current President of African Development Bank- to mention a few -keep making the nation proud.

Due to the fact that few media houses in Nigeria have wrongfully announced Ngozi Okonjo-Iweala as Director General of WTO, a position which hasn’t been confirmed yet, many Nigerians have taken to twitter to show their excitement and congratulate her. 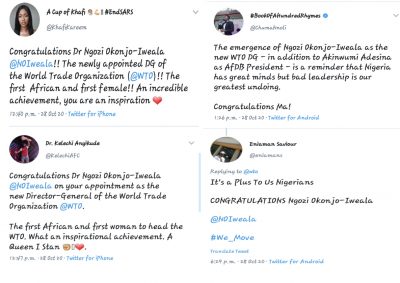 This news have lifted up the spirit of many who are already hoping that she will use the global body as a means of increasing employment opportunities and improving Nigerian lives.

How amazing gadgets are making the world a better place 1

How latin instruments can help you predict the future 0

COMMIT YOUR DEEDS TO THE LORD! 14