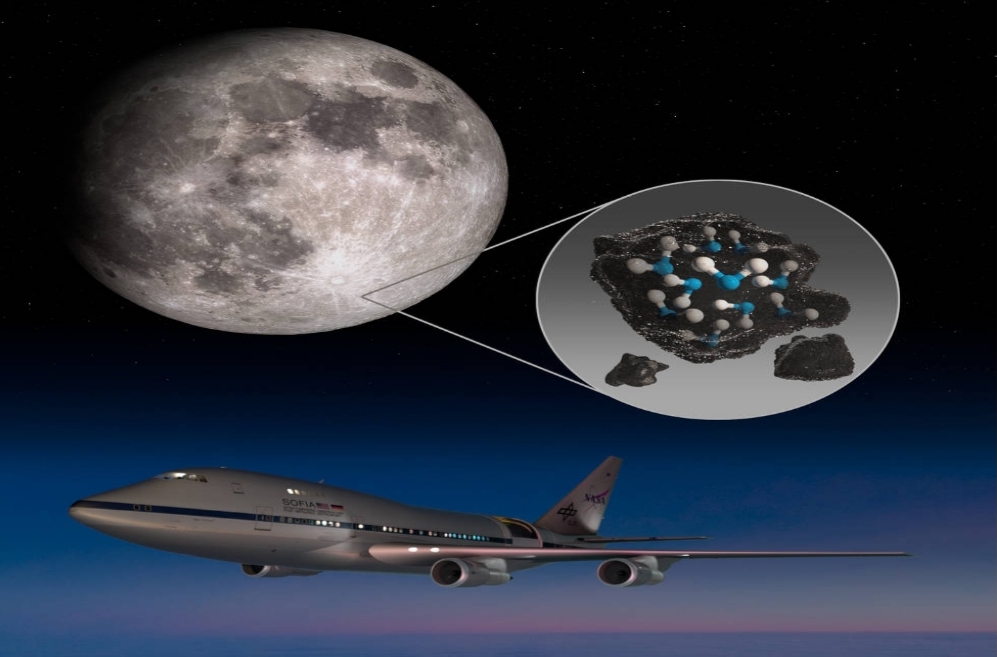 NASA confirms water in the surface of the Moon!

Water is a very important necessity for all living organisms; humans, animals, plants, none can survive without water. Living organisms can survive on earth because it has water, lots of it, unlike other planets and our moon. This thought however is being challenged now by new findings from NASA that showed the presence of water on the moon. 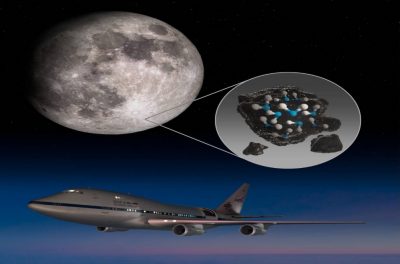 The picture highlights the Moon’s Clavius Crater with an illustration depicting water trapped in the lunar soil there, along with an image of NASA’s Stratospheric Observatory for Infrared Astronomy (SOFIA) that found sunlit lunar water. (Credit: NASA).
The National Aeronautics and Space Administration (NASA) on Monday the 26th of October 2020 confirmed the presence of water on the moon’s surface for the first time. The results, published in a study in Nature Astronomy, showed that there may be liquid water on the moon’s surface and more than previously thought.
https://youtu.be/U70y8ypCbyA (Video of SOFIA discovering water on the moon surface. Source: NASA/Ames Research Center)
A NASA division called Stratospheric Observatory for Infrared Astronomy (SOFIA) made the discovery and confirmed, for the first time, water on the sunlit surface of the Moon. This discovery indicates that water could also be distributed across the surface of the moon, and not just limited to cold, shadowed places as previously believed.

SOFIA is a joint program between NASA and the German Aerospace Center (DLR), and is essentially a system made up of a telescope capable of making observations from onboard an airplane. The centre is essentially a specialised Boeing 747SP aircraft that permits and aids astronomers in studying the system and beyond in ways which aren’t possible with ground-based telescopes.

The publication states that SOFIA has detected water molecules (H2O) in Clavius Crater, one of the largest craters on the moon visible from the Earth, located in the Moon’s southern hemisphere. Previous observations of the Moon’s surface detected some kind of hydrogen, but were unable to discern accurately between water and its close chemical relative, hydroxyl (OH). In results published in Nature Astronomy, data from this location reveal water in concentrations of 100 to 412 parts per million which is roughly equivalent to a 12-ounce bottle of water and is trapped in a cubic meter of soil spread across the lunar surface. For comparison and to aid better understanding, the Sahara desert has 100 times the amount of water than what was detected in the lunar soil of the moon. Despite the very minute amounts of water found, the discovery raises new questions on how water is made and the way it persists on the tough, airless lunar surface and this is the next step for the scientists at NASA.

“We had indications that H2O, which is that the familiar water we all know , could be present on the sunlit side of the moon,” Paul Hertz, director of the Astrophysics Division in the Science Mission Directorate at NASA Headquarters in Washington, said in the official publication. “Now we know it is there for sure. This discovery challenges our very understanding of the lunar surface and raises intriguing questions on resources relevant for region exploration.” 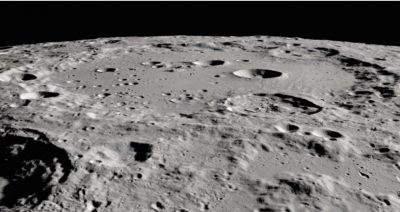 Close up shot of the surface of the Moon, showing craters.

Water was previously believed to be restricted only on areas of the moon that are always in shadows and do not receive sunlight, thus making them dangerous and frigid for astronauts to access.
SOFIA’s incredible results build on years of previous research examining the presence of water on the Moon. When the first Apollo astronauts landed on the Moon in 1969, it was thought to be completely dry. Many NASA missions had looked broadly across the lunar surface and found evidence of hydration in sunnier regions but still those missions were unable to definitively distinguish the form in which it was present – if it was H2O or OH.

Casey Honniball, the publication’s lead author, said “Prior to the SOFIA observations, we knew there was some quite hydration, but we didn’t know how much, if any, was actually water molecules, like the type we drink every day or something more like drain cleaner.”
“Without a thick atmosphere, water on the sunlit lunar surface should just be lost to space,” Casey Honniball continued, “yet somehow we are still able to see it. Something is forming the water, and something must be active there trapping it. The molecular water found is trapped between grains of lunar soil or natural glasses.

Several forces could be responsible for the delivery or creation of this water. Micrometeorites raining on the lunar surface whilst carrying small amounts of water, could deposit the water on the lunar surface upon impact. Another possibility is that there might be a two-step process whereby the Sun’s solar radiation delivers hydrogen to the lunar surface and causes a reaction with oxygen-bearing minerals in the soil to create hydroxyl (OH). Additionally, radiation from the bombardment of micrometeorites could be transforming that hydroxyl into water.

How the water is then stored, making it possible to accumulate also raises some intriguing questions. The water could be trapped into tiny beadlike structures in the soil that are formed out of the extreme heat created by the impact by micrometeorites. Another possibility is that the water could be hidden between grains of lunar soil and sheltered from the sunlight therefore potentially making it a little more accessible than water trapped in beadlike structures.

More effort is needed to properly understand the phenomena better and SOFIA plans to make follow-up flights and will look for water in additional sunlit locations especially during different lunar phases to find out more about how the water is produced, stored, and moved across the Moon. The data will add to the work of future Moon missions and would be important in the creation of the first water resource maps of the Moon for future human space exploration.

“Water may be a valuable resource, for both scientific purposes and to be used by our explorers,” said Jacob Bleacher, chief exploration scientist for NASA’s Human Exploration and Operations Mission Directorate. “If we will use the resources at the Moon, then we will carry less water and more equipment to assist enable new scientific discoveries,” and this could be immensely useful in easing future space exploration as it would be easier to maintain life.

Jacob said in the statement that the results are “exciting for human exploration,” but there are greater implications and applications for it. “Understanding where the water is will help us determine where to send astronauts on the moon,” he continued.
The new studies note liquid water could be significantly more accessible than previously suggested by scientists and as such, the water could be available to be used for drinking, fuel supply and other use cases.

THE CROWN OF MEN IS NOT PROMISING! 2