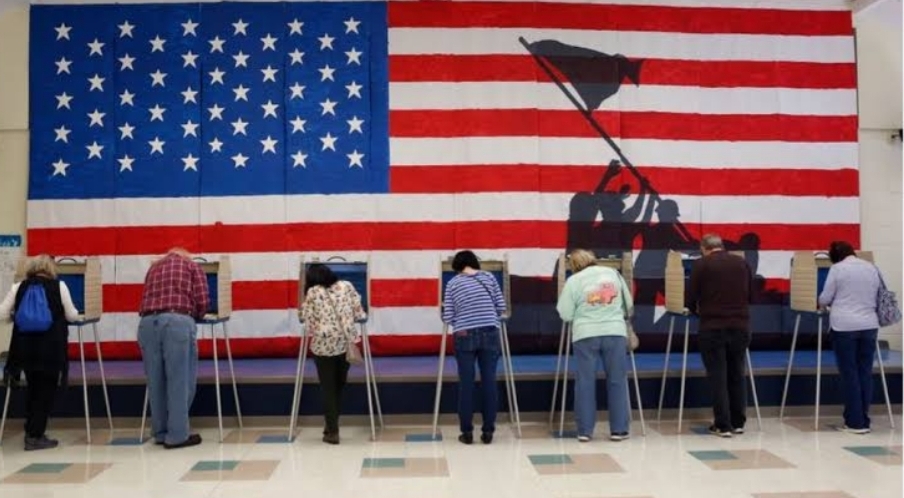 HOW DOES THE US ELECTION WORK

A few days ago the general elections in the United States were concluded and former Vice president Joe Biden emerged as the winner. The election in th

CHIOMA JESUS IN ONGOING CAMPUS TOUR WITH MERCY CHINWO, NATHANIEL BASSEY AND OTHER GOSPEL ARTISTS
Tech giants Facebook, Twitter and Google face questions from US Senators
Covid-19- Impact of the pandemic on businesses

A few days ago the general elections in the United States were concluded and former Vice president Joe Biden emerged as the winner. The election in the US is watched by millions around the world and can even be considered a global event, but many people do not totally understand the election process because it is conducted in a slightly different way from other democracies. 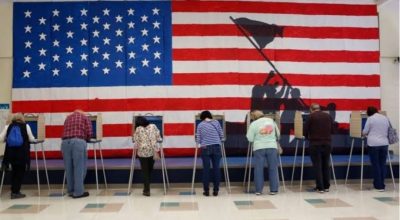 The president and vice president are not decided by which candidate receives the highest or most votes overall in the country, even though voters directly select a preferred choice on their ballots, instead these positions are decided by what is called “College Votes”. This is a state based system.

Under this system, every state has a group of “electors” who are chosen to represent the states and in most cases by political parties in that state. These electors are the ones who cast the deciding votes for both the presidential and vice presidential candidates.

The number of electors a state has in a presidential election cycle is directly proportional to how many elected officials represent that state in the House of Representatives and the Senate, collectively known as the US Congress.

Congressional seats are divided up in a specific way which is designed to give balance and equal representation. The US House of Representatives consists of 435 seats, which are allocated to the country’s 50 states. The seats are apportioned based on each state’s population, which is determined by a national census conducted every 10 years. Every state is guaranteed at least one seat in the House of Representatives.

Meanwhile, every state, regardless of population, elects two Senators to the US Senate, meaning that chamber has a total of 100 seats. This also means that there would be a total of 535 electors for 50 US states in the presidential election cycle.

The federal District of Columbia, home to the US capital Washington DC, also gets three electors, making the total number of electors who will vote for the president and vice president 538. To win an election, a presidential candidate must win enough states to secure the votes of at least 270 electors – regardless of whether or not they win the country’s overall popular vote which is the total overall individual votes from the country’s population.

The process of actually casting ballots can also be different and there are so terms that might be confused by some or used wrongly to mean something else, eg voting by mail, absentee ballots, battleground states etc. 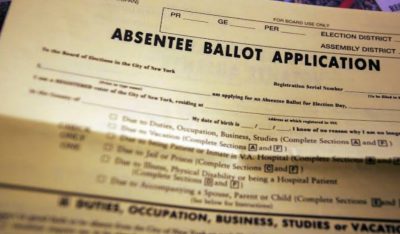 Picture of an Absentee ballot application.

An absentee ballot is a ballot used to cast an absentee vote, which is submitted, usually by mail, by an absentee, someone who for a valid reason can not make it to a polling station. Absentee voting in America goes back to the Civil War era, and every state allows this kind of voting in some form—and federal law, in fact, requires ballots be sent to military and overseas voters for federal elections.

To get an absentee ballot, a registered voter must request one through their state government, which would then confirm and choose to accept or reject the application. When someone is approved to vote as an absentee, election officials mail the voter an absentee ballot, which they complete and sign, and return by mail or, under certain circumstances, fax. Officials can reject absentee ballots if they are improperly filled out, and voters face serious penalties if they’re found to have falsified any information. All states also send absentee ballots to military and voters overseas who request them. 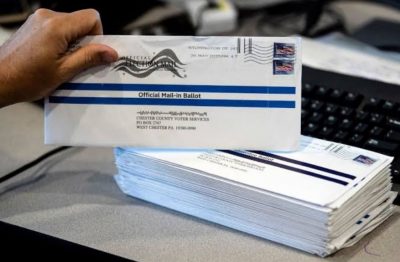 Absentee ballots are sent in by mail.

Battleground states are states which could be won by any of the candidates, they are usually hotly contested as both candidates put in most of their time, funds and campaign efforts in those states attempting to swing them in their favour.v 5 The opposites of these states are called safe states, in these states candidates are believed to have sufficient enough support to give them considerably easier victories there.

The process has its obvious detractors, but it has proven to be efficient time and time again and by all indications would remain so.

They want your position. 0

8 things your boss expects you know about fashion nails 0