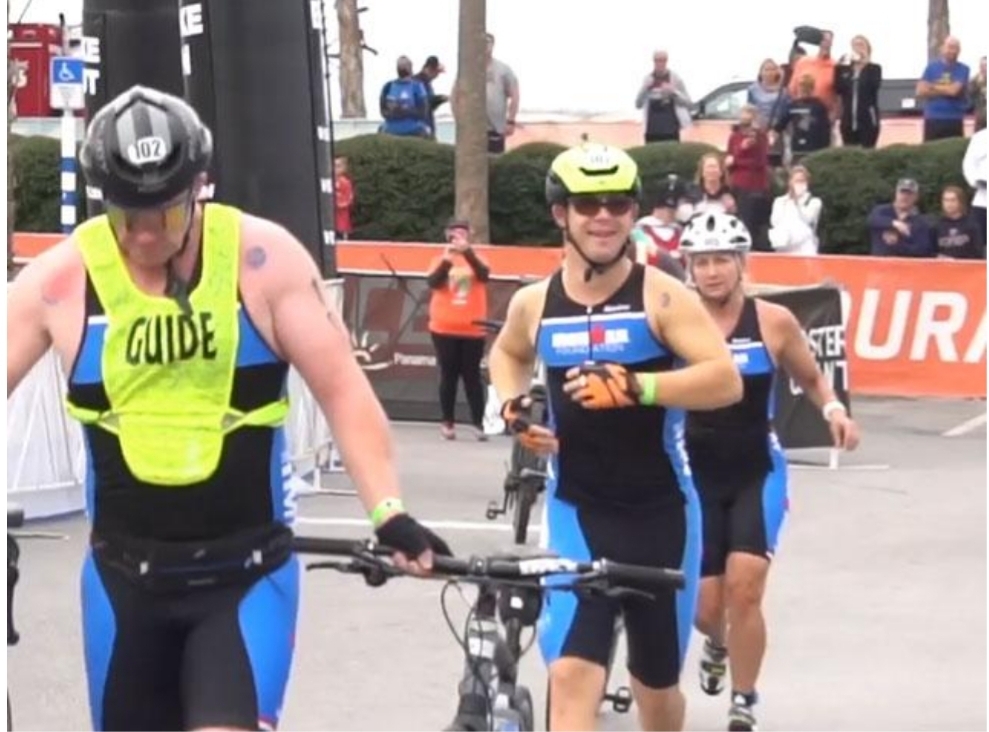 Life isn’t easy, and for disabled people it’s even harder, some events are deemed too impossible for people with disability to partake in but a man w

Life isn’t easy, and for disabled people it’s even harder, some events are deemed too impossible for people with disability to partake in but a man with Down syndrome in Florida is showing that no goal is too big to achieve.
Chris Nikic participating in the competition.

Chris Nikic, a 21 year old American with down syndrome from Maitland, Florida became the first person with Down syndrome to complete an Ironman triathlon on Nov. 7. After the event he announced through a post on his personal Instagram page, “God surrounded me with Angels” and that it was “all about awareness and inclusion, all about creating huge awareness for Down Syndrome and Special Olympics competition, and Inclusion for all of us with all of you.” 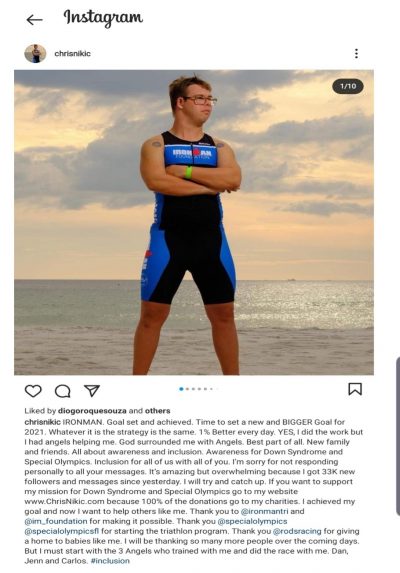 The Ironman triathlon is one of the most taxing sporting events in human history, and it was a truly special accomplishment when special Olympian Chris Nikic, at 21 years of age, famously entered the prestigious Guinness Book of World Records by becoming the first person in the world with Down Syndrome to complete the event.
In a Facebook post after the event, Ironman congratulated the champion immensely, adding that he has “shattered barriers while proving without a doubt that Anything is Possible, the opportunities you have created for others around the world through this journey you embarked upon, is immeasurable.”

The 21-year-old swam an impressive 2.4 miles, biked 112 miles and ran 26.2 miles in the race held at Panama City Beach, finishing 14 minutes before the time limit. Chris and his guide, Dan Grieb finished the challenge together and the newly named Ironman was also added to the Guinness World Records list. 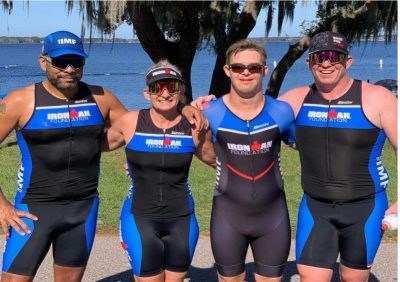 Chris in a picture with other competitors.

In a message released by the body, Guinness Editor-in-Chief Craig Glenday said “It’s an honour to welcome Chris into the Guinness World Records fraternity as the first athlete with Down syndrome to complete an IRONMAN, I look forward to seeing what more is in store from this remarkable young man.”
Chris doesn’t plan on slowing down. He declared with a post on Instagram that it was “time to set a new and BIGGER Goal for 2021.”
Nikic and his father Nik developed the “1 percent better challenge” to stay motivated during training. The plan is to promote Down syndrome awareness all over the world, while achieving 1% improvement each day, according to Nikic’s website. Nik, Chris’ father said “To Chris, this race was more than just a finish line and celebration of victory, Ironman has served as his platform to become one step closer to his goal of living a life of inclusion, normalcy, and leadership.” He continued.

Chris and his father Nik after the race.

Chris Nikic ran and completed the Triathalon race in 16 hours, 46 minutes and 9 seconds, impressively 14 minutes under the 17-hour cutoff time.
It wasn’t all smooth sailing throughout the race as Chris faced different challenges. He fell off his bike and was attacked by ants at a nutrition stand, but he shook himself up and he pushed on to finish the competition much to the admiration of everything watching. The Special Olympics responded to this in a statement released “We are beyond inspired, and your accomplishment is a defining moment in Ironman history that can never be taken away from you.”

The organization, Ironman, publicised and documented the historic race with a series of updates to their social media accounts on the day of the competition, with the final two miles of Nikic’s run streamed live on Ironman’s Facebook page with many people watching the impressive feat with bated breath.
Nikic’s accomplishment earned him congratulatory messages from many celebrities around the world, including sports giants like tennis great Billie Jean King and runner Kara Goucher, and many other people around the world, including 33,000 new followers on his social media accounts, according to Nikic. 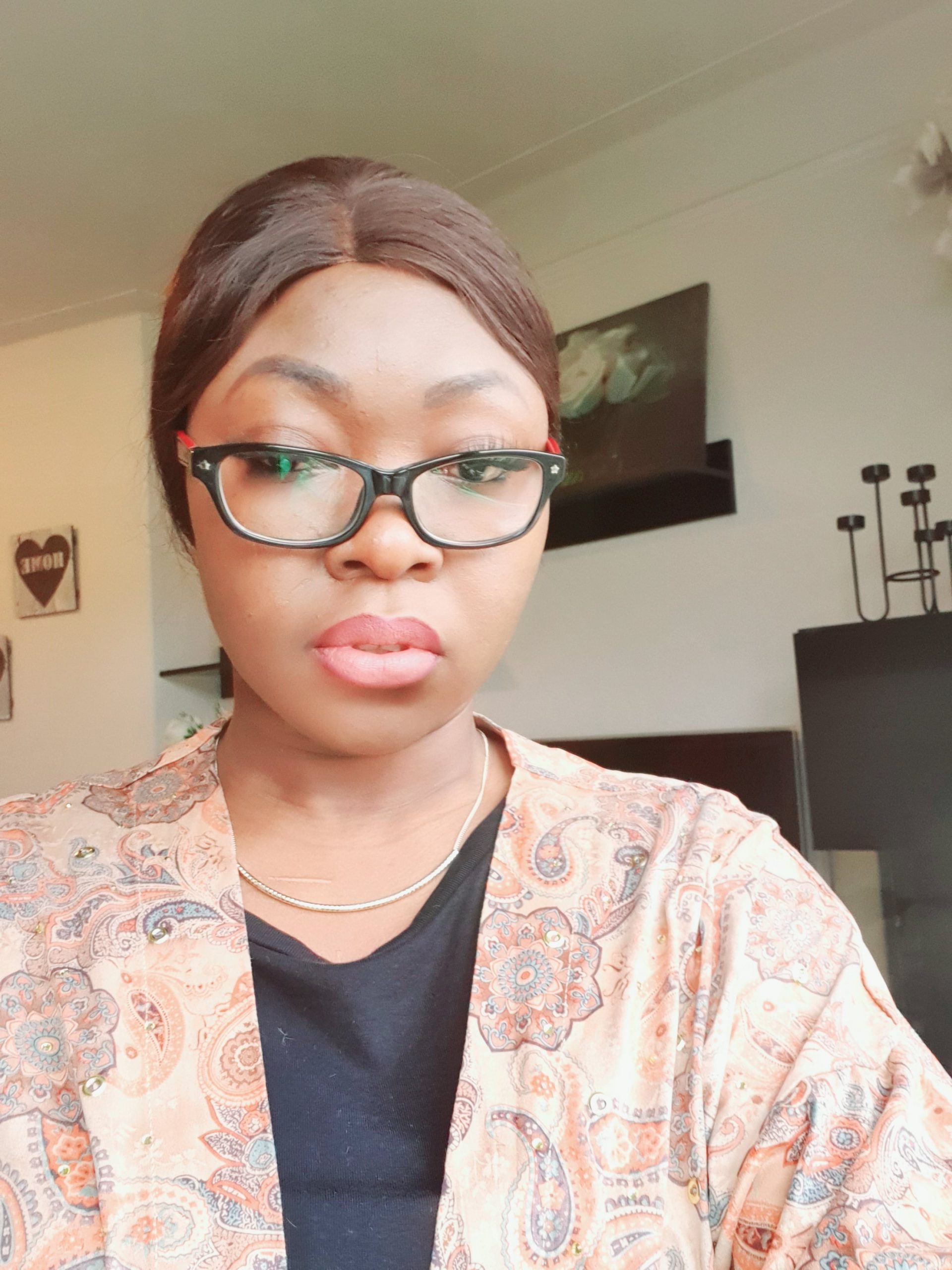 IF NOT GOD WHO?

Camille: This is very interesting, You're a very skilled blogger. I've joined your feed and look forward to seeking more of your great post. Also, I have shared your web site in my social networks!

Omer: Ahaa, its pleasant discussion about this article here at this blog, I have read all that, so now me also commenting at this place.

Isidro: What's up, yup this article is genuinely good and I have learned lot of things from it regarding blogging. thanks.

reference porsche taycan lease: This is really interesting, You're a very skilled blogger. I've joined your feed and look forward to seeking more of your magnificent post. Also, I've shared your web site in my social networks!

find here Porsche Taycan Cost: Saved as a favorite, I really like your site!

HOW A CHRISTIAN SHOULD DRESS! 4

How to Handle Confrontation  0

YOUR GIFT IS NOT FOR SALE! One of the reasons why the gospel is not properly preached today, is because many of Us are placing price tags on th ...
Read More
Christian Articles

If it is possible to have a limit calculator for human being just as we have in trading stock which will have the capacity ...
Read More
Daily Inspiration