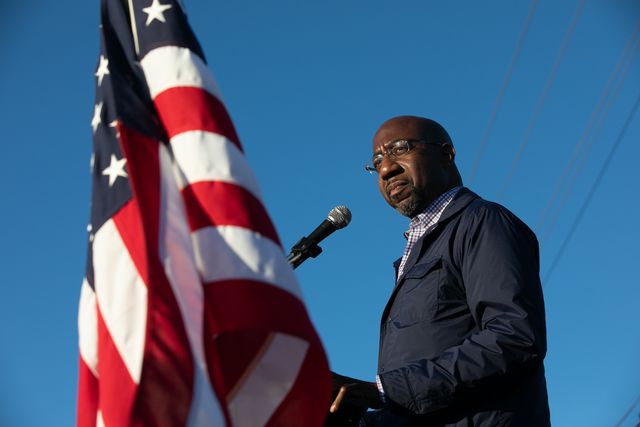 Pastor Raphael Warnock, a Reverend at the Historic Ebenezer Baptist Church in Atlanta has won a senate runoff against Senator Kenny Loeffler on 6th of

Pastor Raphael Warnock, a Reverend at the Historic Ebenezer Baptist Church in Atlanta has won a senate runoff against Senator Kenny Loeffler on 6th of January. This will make him the first black senator of the state as well as the first black Democratic senator from the south. Warnock won against Senator Loeffler with just a few votes as the poll showed he had 2,288, 378 votes an equivalent of 51% while his opponent had 2, 194, 748 votes also 49%.

In his address, he stated that his win will not have been possible without hardwork, hope and the people on his side. Warnock is part of a group of 2020 newly elected young and diverse Congress members and has received support from President-elect, Joe Biden who had earlier campaigned for Warnock and fellow Georgia Democrat Jon Ossoff in the state. Vice President-elect, Kamala Harris had also campaigned for him on Sunday.

Warnock did have a strong support, in addition to his party’s huge resource investment for the Senate control in Georgia. The best news for Democrats came when Jon Ossoff won his runoff in Georgia against Republican David Perdue, making their party get a senate split of 50-50 afterwhich Democrat Harris broke the ties with her votes and that eventually led to Democrats taking control of the senate in the state. Ossoff’s victory was announced hours after Warnock’s win and at 33, he will be the youngest senate member after he is sworn into office.

Pastor Warnock is a truth speaker who emphasized the essence of social justice and spoke against racial inequality. He had always addressed significant topics like this even in his church. His first sermon was given when he was 11, he also had an internship at the sixth avenue Baptist church in Birmingham, Alabama, under John Thomas Porter, the civil rights activist.

Warnock’s win has been met with a lot of excitement by the black church and community who never hesitate to celebrate their own. 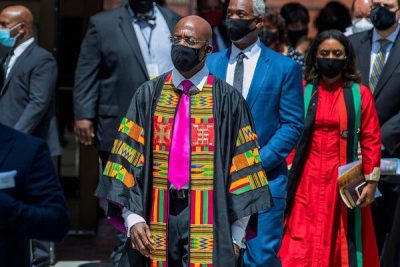 Incumbent Republican, Senator Loeffler had repeatedly attacked his faith and colour during her campaign as is typical of republicans and even going as far as using campaign ads to sabotage statements made by Warnock.

One of such showed Warnock saying “open up the jails and let our children go” While removing parts where he spoke against injustice of some blacks who have become illegally rich by selling marijuana and other drugs.

Another of her attack on his statement was the phrase “no one can serve God and the military” while ignoring his follow up remark where he referenced the bible “you cannot serve God and mammon at the same time.”  Loeffler received her appointment into the senate by Republican, Governor Kemp in 2019 after Johnny Isakson’s resignation.

While this ruthless attacks may seem as part of the political game where candidates could throw the hardest punch in order to win; these were little things that made Warnock’s win a huge celebration for the black church. Loeffler received her appointment into the senate from Republican, Governor Kemp in 2019 after Johnny Isakson’s resignation.

She is also a loyal supporter of Trump which she made known during her runoff.

Warnock’s triumph was also significant for Georgia which has been subjected to republicans ruling the state for a while. The win of the Democratic Party brought a change to the political dynamics there as that was the first time since Bill Clinton’s win in 1932 that a Presidential candidate won in the state.

This is in relation to Joe Biden’s victory in his runoff against Trump in Georgia.

WAKE-UP AND FIX YOURSELF! 0

REAPING WHAT YOU SOW. 0

STAND UP AND TAKE RESPONSIBILITY! 0