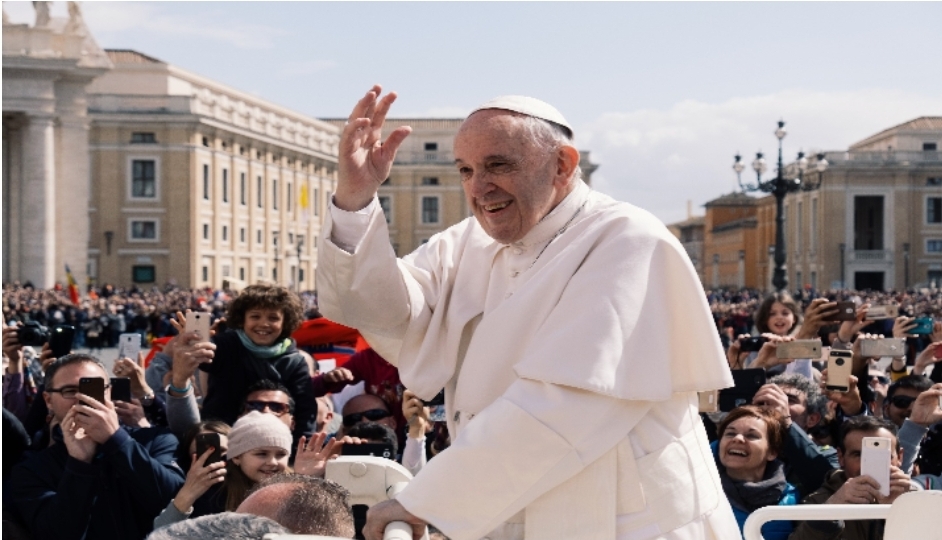 IMPROVING YOURSELF FOR A BETTER YOU!
HOW TO UNDERSTAND HER!
CHIOMA JESUS IN ONGOING CAMPUS TOUR WITH MERCY CHINWO, NATHANIEL BASSEY AND OTHER GOSPEL ARTISTS 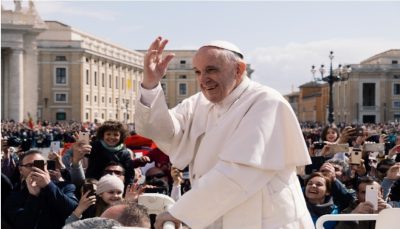 Image from Ashwin Vaswani on Unsplash

Pope Francis was discharged from Gemelli University Hospital in Rome on Wednesday morning, July 14th, ten days after a successful three-hour surgery where half his colon was removed due to colon diverticulitis.

The Pope, who is 84 years old, was earlier undergoing treatment and rehabilitation therapy following his extended stay in the hospital, after the surgery on July 4th.

Vatican spokesperson, Matteo Bruni said in a statement with the Associated Press that before going to Casa Santa Maria in Vatican City, the Pope stopped at Rome’s Santa Maria Maggiore, as was his custom after every trip and prayed in front of the icon of the Virgin Mary Salsus Populi Romani. According to Bruni, He “expressed gratitude for the success of his surgery and offered a prayer for all the sick especially those he had met during his stay in hospital.”

In a recent tweet after leaving the hospital, Pope Francis reminded others to always pray for those who are sick and their caretakers, adding that he was grateful to all those who had been close to him with prayer and affection throughout his stay in the hospital.

Walter Longo, chief of colon and rectal surgery at Yale University’s School of Medicine, while speaking to the AP said that “this is a big operation for a man in his 80s, even though I understand he was in fine condition before, there’s no question he will require a lot of physical therapy and recovery time.”

The Pontiff remained humbled and graceful in his approach upon his arrival at the Vatican as he left his passenger seat with the help of his bodyguard to greet the two security guards and then returned into the car before he was taken to his home. He is now expected to be on two weeks of total rest.

There has been no record of a similar occurrence like this with the Pope. This surgery is the first one he has undergone since he became Pope in 2013. A report from the Vatican informed that Pope Francis’ ailment was a problem which some older people commonly experienced, as it was discovered that there was a severe narrowing of his large intestine which is what the operation aimed at addressing. Moreover, given the Pope’s busy schedule, the surgery was planned and fixed during when he usually took some time off.

All through his stay in the hospital, Pope Francis showed care to other patients by greeting children and their parents, as well as visiting the pediatric cancer ward which was located on the same floor as the papal hospital suite. Amidst all these, Pope Francis still held his weekly Angelus blessing on Sunday, from the hospital’s 10th floor balcony. This was his first public appearance since the surgery; “I am happy to keep this Sunday appointment”, he had said. The Pontiff further showed his appreciation to the staff at the hospital and added in his address that health care should be free for everybody.

WHEN YOU ARE CALLED BY GOD! 0